Naval Hospital Bremerton or NHB offers acute care and obstetrical care. The hospital has 36 in-patient beds and an expansion capacity of up to 72 + beds. Located between NBK Bangor and Naval Base Kitsap, this Naval Hospital acts as the parent command for the clinic at the former base too. In fact, this hospital is the parent command for the Puget Sound Family Medicine Residency Program, the Puget Sound Naval shipyard clinic and the Naval Station Everett as well. Interestingly, the 232 acres that are encompassed by the Jackson Park Housing, as well as NHB, served as ammo depots between the years 1904 and 1959.

For personnel deployed in this medical facility, legal help is readily available from expert Naval Hospital Bremerton military criminal defense attorney Joseph Jordan. This reputed attorney is well known for his complete commitment to proving the innocence of the men and women who protect the nation's honor.

Naval Hospital Bremerton is the primary medical establishment in the area for the neighboring naval facilities. This hospital offers surgical facilities, radiological and lab facilities as well. Personnel from this Naval Hospital are deployed on various missions alongside troops where they bring medical care and relief to their compatriots, as well as the local residents. Recently, Lt. Cmdr. Leah Brown was awarded the Army Bronze Star for humanitarian efforts that she carried out during her assignment in the Tarin Kowt district in Afghanistan. 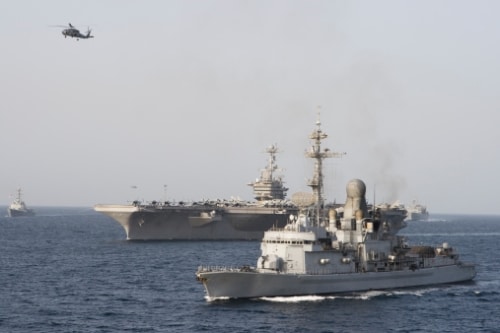 Known for their selfless service and their ability to bring quality care with limited resources, the servicemen and women of the Naval Hospital Bremerton have always represented the nation in the best possible way.

When personnel stationed at the Naval Hospital Bremerton need objective and practical legal advice, they should contact a reliable Naval Hospital Bremerton court martial attorney like Joseph Jordan. Mr. Jordan’s decade long service in the United States defense forces allows him to understand the unique pressures that fellow military personnel face each day of their lives. Having also served as Military Prosecutor, Mr. Jordan is fully aware of all the procedures and processes pertaining to hearings and trials. His exposure to the prosecutor’s table enables him to predict the kind of questioning that his clients may face at the trail.

Mr. Jordan understands the critical importance of aggressive representation for servicemen and women who are facing disciplinary action or court martial. Only by making an impactful presentation of the facts, can the accused be cleared of charges. Known for his ability to passionately defend his clients, Mr. Jordan is the best choice for you when you are charged with criminal conduct or UCMJ violations.

WHY DO YOU NEED AN EXPERIENCED NAVAL HOSPITAL BREMERTON COURT MARTIAL LAWYER FOR YOUR DEFENSE?

Military Prosecutors are typically highly qualified and well experienced lawyers. To handle their questioning in the most effective way and to ensure that you do not incriminate yourself further during the trial, it is important for you to have able legal counsel advising you. Joseph Jordan is an experienced Naval Hospital Bremerton Court Martial Lawyer who has represented military personnel from various bases in the United States and beyond borders. His ability to gauge the prosecution’s stance and formulate defense accordingly has helped many innocent servicemen and women protect their career and defend their rights during trail.