ENGAGE A MILITARY DEFENSE ATTORNEY FOR YOUR USAG KAISERSLAUTERN CASE

If you are accused of committing a crime when you are serving as an enlisted member, your career could be in jeopardy. If you are convicted there can be severe repercussions. For example, even after you are discharged, you may have trouble finding employment in your civilian life. That is why it is very important to have a seasoned and experienced UCMJ attorney representing you.

If you are serving in USAG Kaiserslautern and if you have been charged with a crime, call Joseph Jordan immediately. He has served in the armed forces himself, as a prosecution lawyer. Joseph Jordan has a deep understanding of the UCMJ, as well as various prosecution strategies and tactics, that may be used against you. He will protect your rights aggressively and present clear and logical counter arguments, thus increasing your chances of getting a favorable outcome.

After the end of the 2 nd World War, the German economy was in a state of devastation. The city of Kaiserslautern was nearly destroyed in the war. In 1952, the Americans moved in and started rebuilding the city.

US Army Garrison Kaiserslautern or USAG Kaiserslautern was established in March 1992 as the 415 th Base Support Battalion. It was later given over to 29 th Area Support Group of the 21 st Theater Area Command, Kaiserslautern.

In October 2005, the Installation Management Activity renamed the 415 th Base Support Battalion as the USAG Kaiserslautern. 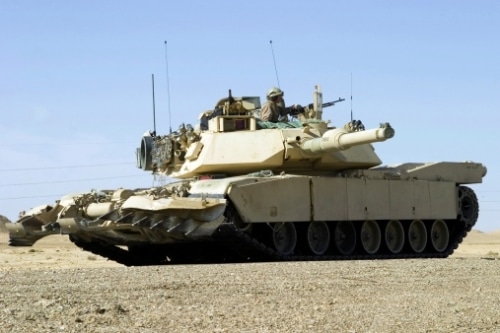 The city of Kaiserslautern hosts the US' largest military support organization (Kaiserslautern Military Community) outside mainland United States. It is home to more than 50,000 enlisted members, their families and other support staff. More than 800 army personnel and civilians have been assigned to the garrison.

The KMC is also home to important US army installations such as the Landstuhl Regional Medical Center and the 21 st Theater Sustainment Command. The 21 st TSC is the largest logistical command (forward deployed) of the US army and it provides supply and logistical support to all theater of operations in Europe.

On October 3, 2013 USAG Kaiserslautern was renamed as the U.S. Army Garrison Rheinland-Pfalz. There are rumors that the battalion in the garrison will soon be upgraded to a brigade.

Your career and honor are at stake, so be careful who your lay your trust in. There is no doubt that you will benefit from Joseph Jordan's extensive legal experience and in-depth knowledge of the UCMJ.

He can also fight for your rights if non judicial proceedings have been initiated against you under Article 15 or if you going to face a Separation Board. To learn more about how Joseph Jordan can help you, please contact us today.