Members of the armed forces are not above the law. In case of an alleged crime, you may be arrested and indicted under statutes of the Uniform Code of Military Justice. If you are convicted, it may end your career as an enlisted member.

With your life, career and honor on the line, your best bet is a strong and aggressive defense. If you are located in Spangdahlem Air Base, Germany and if you have been placed in the dock for an alleged crime, contact Joseph Jordan immediately.

Joseph Jordan is a former army judge advocate. He has served the armed forces with distinction in various capacities for over 11 years. He has represented enlisted members in their court martial, Separation Boards and Article 15 hearings in many national and international bases, including Germany.

If you are looking for a court martial attorney who will pursue your Spangdahlem Air Base criminal case aggressively and provide you with outstanding legal defense, call Joseph Jordan today.

A BRIEF HISTORY OF SPANGDAHLEM AIR BASE GERMANY

The US armed forces have been in Spangdahlem Air Base for over five decades. During the Cold War, the US decided to move its fighter units from vulnerable locations in West Germany. France agreed to provide space to set up a new base in its zone of occupation.

Work on the Spangdahlem Air Base started in 1951 and it was completed in 1953, at a cost of $27 million. German and French contractors worked on the air base under the supervision of a French agency.

The USAF (United States Air Forces in Europe) arrived at the Spangdahlem Air Base (with the 7352d Air Base Squadron) in 1952 from the Fürstenfeldbruck Air Base, located near Munich. 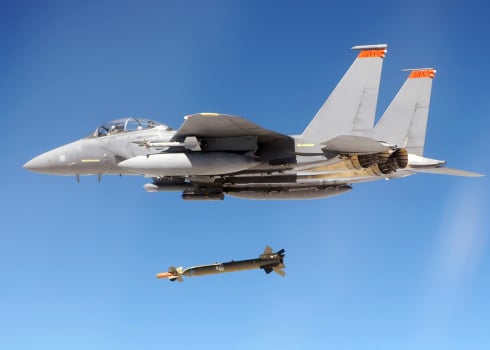 Spangdahlem Air Base is home base to the 52nd Fighter Wing, whose history can be traced back to the 2nd World War. It is one of 16 major armed forces centers that come within the preview of the USAF.

The 52nd Fighter Wing is responsible for maintaining and deploying F-16CJ and A/OA-10 aircraft and TPS-75 radars in support of NATO operations. The wing also provides logistics support to C-5 Galaxy and C-17 Globemaster III aircraft.

If an enlisted member violates the Uniform code or commits an alleged crime, he may be arrested and charged with a criminal case. Depending on the charges, he may be required to attend a court martial. If you are ever placed in this position, you will need sound legal advice. Joseph Jordan can provide legal assistance to enlisted members from Spangdahlem Air Base.

If you are arrested and charged with a crime, the military will provide you with legal services. But it is often not enough. It is true that many enlisted members are convicted for lack of a proper defense.

Joseph Jordan has served as a military defense lawyer to many enlisted members stationed in Germany. He can provide top notch legal assistance in case you are charged with a military crime such as sexual assault, solicitation, adultery, manslaughter, rape, sexual assault, larceny, drug crimes, obstruction of justice or any other crime.

In case you have been arrested or if you are going to be questioned by a CID, NCIS, CGIS or OSI investigator, contact Joseph Jordan for legal assistance immediately.