Experienced in court martial, tribunal hearings and other military legal proceedings, Fort Irwin military lawyer Joseph L. Jordan protects the rights of enlisted officers and defense personnel. Officers/ defense personnel face disciplinary action when they are suspected of violating a direct order or acting against the Uniform Code. In some situations a court martial procedure may be ordered. In such situations advice and guidance from a competent Fort Irwin military criminal defense attorney like Joseph Jordan ensures that the accused person’s rights are protected. Mr. Jordan has aggressively represented service members at Fort Irwin and his impressive success rate with hearings speaks for his expertise and skill in these matters.

A BRIEF HISTORY OF FORT IRWIN

As a major training area for the military, Fort Irwin is a critical component of the United States defense system. The presence of defense forces at the fort can be traced back to 1846 when the Mormon Battalion patrolled this area. In 1940, the Mojave Anti Aircraft range was established here by President Roosevelt. This was later renamed as Camp Irwin in 1942. After a brief closure, the Camp was reopened in 1951and a decade later it became a permanent installation and named Fort Irwin.

The Fort became home to the National Training Center in 1979. Since then several critical activities have taken place here. The first use of M1 Abrams was carried out here as was the first trial of the Multiple Integrated Laser Engagement System. The Canadian Forces use Fort Irwin for pre- deployment training. 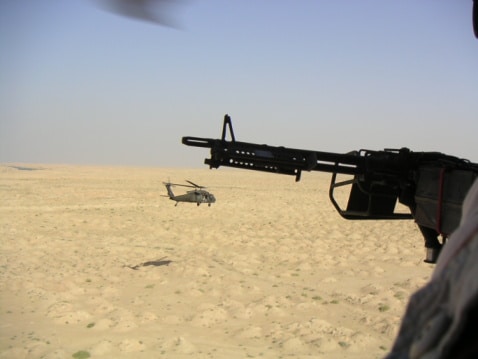 Fort Irwin is also spearheading the solar project of the Department of Defense. Once trials are completed, the camp will become the DoD’s largest renewable energy establishment.

Fort Irwin has always maintained an impeccable record for discipline and integrity. However, some stray incidents have happened in this military establishment. In February this year, an accident took place in a training area here in which six people were injured. The incident is still under investigation and no charges have been outlined yet.

Small incidents have the potential to spark off a disciplinary hearing in military establishments. The recent imposition of a new dress code is just an example of how the military has different, more stringent views of issues that do not draw the attention of the officials anywhere else. It is best for Fort Irwin military personnel to have ready access to a qualified and competent Fort Irwin UCMJ Attorney like Joseph Jordan. This ensures that they can get the right advice and guidance if they face charges under UCMJ or Article 121 or Article 15 and that they know their rights if they are called up for reprimands.

GETTING EXPERT LEGAL ADVICE AND SUPPORT IN FORT IRWIN

As a former member of the armed forces, Fort Irwin court martial attorney Joseph L. Jordan has the innate understanding of military law as well as the exposure to military life to provide competent guidance. Joseph Jordan is committed to ensuring that the men and women who protect the country have the best legal help when they face a court martial or a hearing by a tribunal. Although he is based in Texas, Mr. Jordan ensures that his expertise is not limited to this area alone.

He has an established reputation as an aggressive Fort Irwin military criminal defense lawyer who has successfully fought for justice for his clients in sexual assault/ rape cases, UCMJ violations and more. Contact our firm today for the defense you need.