Being investigated of a crime or charged of one during active military service is not something you would want. When the U.S Military charges you of a crime, the experience can be nowhere close to pleasant. Based on the severity of the crime you are accused of, you could be let off with a warning, or you could be dishonorably discharged. Crimes like sexual assault, drug related crimes, and manslaughter or attempted murder even attracts imprisonment for several years.

Defending yourself against the charges of the U.S. Military would be next to impossible without the help of an aggressive RAF Menwith Hill military criminal defense lawyer. When you need legal counsel, you can rely on Joseph L. Jordan, who has an experience of 11 years as an UCMJ attorney.

The Royal Air Force Station at Menwith Hill was opened in 1960 and provides intelligence and communications support to the USA and the UK. It is also the ground station for a number of satellites operated by the NRA (National Reconnaissance Office), mostly for the NSA or the National Security Agency. RAF Menwith Hill is known to be a high frequency radio monitoring facility and is said to have more than a thousand NSA agents working in the premises. Recent allegations by NSA agent Edward Snowden have put the facility in limelight as NSA's base for spying and intercepting high altitude satellites. 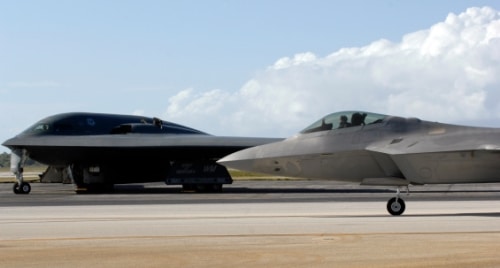 The facility has around 2200 staff from the UK as well as the USA. A third of the population at the base is British, while the rest are American military personnel representing the Navy, Army, Marine Corps and the Air Force, and civilians. The base was expanded during the 1980s and 1990s and converted into an RAF base under the administration of the U.S Army.

The RAF Menwith Hill community is a small, but diversified one with individuals from different backgrounds living together. The community is small and closed, but has all the necessary facilities needed to make the army personnel and the civilians' life comfortable and secure. Sports are a common pastime for residents in the area, owing to the many fitness centers and outdoor sporting facilities available there. Menwith Hill has its own athletics and football teams too.

The air force base is located close to Harrogate in North Yorkshire and is surrounded by the quiet English villages like Darley, and Hampsthwaite and Kettlesing Bottom. The base is also close to tourist sites in Leeds, Yorkshire and York.

Menwith Hill facility has been under a lot of criticism after it was claimed to be the NSA's base in the UK. The facility is a closed one and often considered as mysterious by the locals. Military personnel in active duty at Menwith Hill have all the more reason to be careful in adherence to the code of conduct and how they engage themselves in the premises.

Considering that this air force station provides sensitive intelligence reports, among the possible charges that a solider could risk facing in here include conspiracy, fraud and theft of sensitive information, which could result in court martial cases.

When you are charged with such crimes, Joseph L. Jordan is the RAF Menwith Hill UCMJ attorney you can trust. His skills and knowledge about the Uniform Code of Military Justice, and his commitment to help his clients have enabled him to be one of the most accomplished defense attorneys serving U.S Army personnel.

Mr. Jordan is committed to proving the innocence of his clients and relies on his tactical defense strategies that have helped a number of soldiers protect their dignity and rights. Call (866) 624-7503 today to get started.